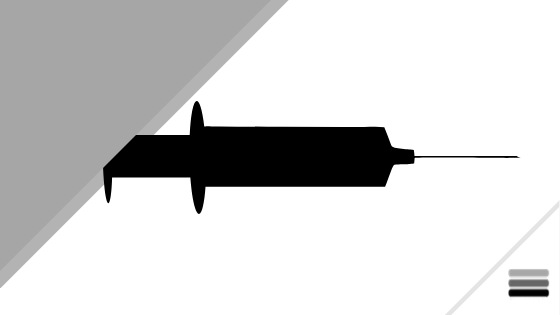 Injection is “Outside the Box” Thinking Needed for PTSD Treatment

The stellate ganglion is part of the sympathetic nervous system that is located in your neck, on either side of your voice box. A stellate ganglion block is an injection of medication into these nerves that can help relieve pain in the head, neck, upper arm and upper chest. It also can help increase circulation and blood supply to the arm.

Stellate ganglion block injections “reset” the nervous system. This nerve cluster is key for controlling our response to perceived danger – the “fight or flight” response.

Scientists claim one shot to numb this cluster can ‘reset’ our nervous system. It also decreases adrenaline levels.

The injection has been used successfully since it was invented in Illinois in 2006. 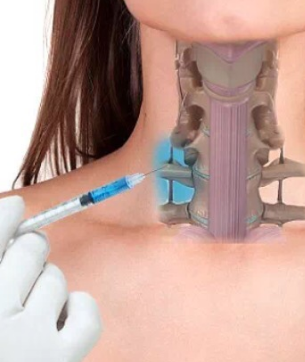 A study consisting of 30 self-reported PTSD military subjects was completed and reported in September 2016. You can read it here.

The PTSD Checklist – Military (PCL-M) scores were significantly lowered. The checklist consists of a series of questions that the subject answers by ranking on a scale how severe certain symptoms are. A base line score of 49 was average. For the first week and 2-4 months after their scores remained an average of 32. That means you’re out of danger for PTSD symptoms and the soldier or veteran suicide associated with prolonged PTSD. As a result of the significant reduction in hyperarousal and avoidance symptoms observed, this study supports incorporation of SGB into PTSD treatment plans. Why hasn’t it?

The study, which was scheduled to run until November 2017, is slated to include about 300 active-duty servicemembers per trial. However, RTI said they have struggled to recruit volunteers – even after offering $115 per person to be involved.

There is an urgent need to address a critical lack of advancement in the psychopharmacologic treatment of posttraumatic stress disorder PTSD. Most medications used on- or off-label for PTSD currently belong to typical categories of psychotropic medications. Current treatments that use psychotherapy and pharmaceuticals have a low success rate in the veteran population. With only 50% of veterans seeking care and a 40% recovery rate, current strategies will effectively reach no more than 20% of all veterans who need PTSD treatment. Source