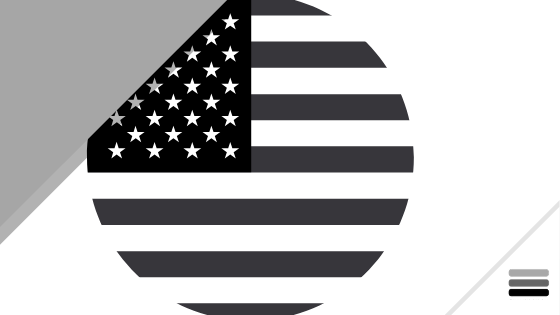 “Spravato is a landmark approval, now we need to accelerate the improvements. And we can’t wait years and years for them while politicians get “comfortable” with the idea of what these drugs can do. The lives of our vets and their PTSD-riddled families need saving now” says Once a Soldier’s CEO David Barbush. “Better in-clinic ketamine drip treatments are out there and they’re the real PTSD-killer.” 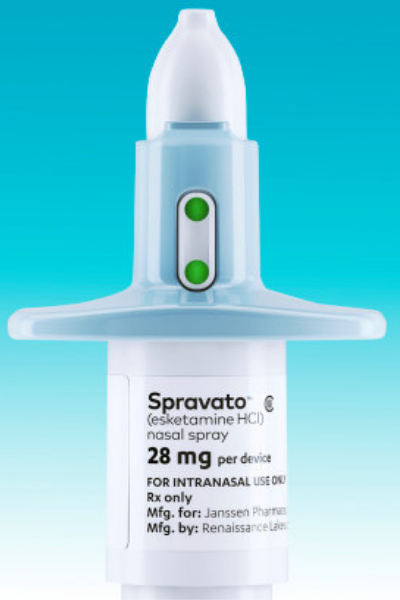 The difference between the results in the two therapies is measured on a scale called the 60-point Montgomery-Åsberg Rating Scale for Depression. Patients who did the ketamine drip therapy lowered their risk scores by an avearge of 30 points compared to the 5 points in the test. More information on what it’s like in a Ketamine PTSD therapy clinic can be found in this blog.

To illustrate the ill-advised position the FSA has taken with esketamine and Spravato, we will review the FDA’s press release on the day it was approved and counter their language with other facts and observations in bold type.

“In March 06, 2019, the U.S. Food and Drug Administration today approved Spravato (esketamine) nasal spray, in conjunction with an oral antidepressant, for the treatment of depression in adults who have tried other antidepressant medicines but have not benefited from them (treatment-resistant depression). Because of the risk of serious adverse outcomes resulting from sedation and dissociation caused by Spravato administration, and the potential for abuse and misuse of the drug, it is only available through a restricted distribution system, under a Risk Evaluation and Mitigation Strategy (REMS).

Ketamine is already being misused as a street drug called Special K. There’s no risk to guard against. Like Spravato’s recommendations, ketamine drip therapy is an in-clinic treatment with a registered and certified nurse attendant who monitors the use and after use. Two weeks with four treatments lowered their suicide score and top-off treatments keep them feeling and staying alive.

“There has been a long-standing need for additional effective treatments for treatment-resistant depression, a serious and life-threatening condition,” said Tiffany Farchione, M.D., acting director of the Division of Psychiatry Products in the FDA’s Center for Drug Evaluation and Research.

Here, long-standing means that he FDA approved ketamine (Ketalar) in 1970, and now in 2019, is the first time a product has been approved.

The Spravato labeling contains a Boxed Warning that cautions that patients are at risk for sedation and difficulty with attention, judgment and thinking (dissociation), abuse and misuse, and suicidal thoughts and behaviors after administration of the drug.

In fact, three patients in their 20-person test group still killed themselves. Somehow, the results for Spravato only got worse before it got approved:

The efficacy of Spravato was evaluated in three short-term (four-week) clinical trials and one longer-term maintenance-of-effect trial. In the three short-term studies, patients were randomized to receive Spravato or a placebo nasal spray.

This is another way of explaining the poor results in perspective:

Spravato, a single four-week placebo-controlled trial showed a 4-point improvement on the 60-point Montgomery-Åsberg Rating Scale for Depression. While this met the criteria for statistical significance, a 4-point difference is likely too paltry to be noticeable in a face-to-face assessment of global functioning by a trained clinician.

Patients were on other depression drugs that may have been responsible for the tepid results.

Ketamine drip therapy not only lowers their likelihood of suicide, but they felt better the same day as their visit.

The two other short-term trials did not meet the pre-specified statistical tests for demonstrating effectiveness. In the longer-term maintenance-of-effect trial, patients in stable remission or with stable response who continued treatment with Spravato plus an oral antidepressant experienced a statistically significantly longer time to relapse of depressive symptoms than patients on placebo nasal spray plus an oral antidepressant.

In other words, of the three tests, it failed two of them and the only way to get FDA approval was by a follow up report on the “successful” test.

Johnson & Johnson said it was working to educate and certify treatment centers for Spravato. J&J priced the drug at a wholesale acquisition cost of $590 to $885 per treatment session, depending on which dose patients receive.

During the one-month induction phase, treatment with Spravato would cost between $4,720 to $6,785. If a patient responds, dosing would change in the maintenance phase, putting the subsequent monthly list price for the drug between $2,360 and $3,540.

For more information on the shortcomings of esketamine click here.

Links to other sources: