More Suicides During The Holidays Is a Myth

In Fact, Suicide Rates Go Down in December

Twenty-two active duty or Veterans take their lives every day. Civilians kill themselves 36,000 times a year. Because of lazy writing and sensationalizing the mentally ill, the myth is out there. Don’t believe it. If you have thought of killing yourself this holiday season because it is the holiday season, DON’T.

It seems logical that for a depressed person, the holidays might be especially tough—extra stress, loneliness and sad reminders of lost loved ones—so perhaps the popular belief that suicides spike around Christmastime is no surprise. Yet the data tell a different story. 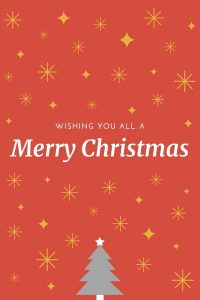 Stop Suicide Ideation During the Holidays

The idea that suicides occur more frequently during the holiday season is a long perpetuated myth. The Annenberg Public Policy Center has been tracking media reports on suicide since 2000. A recent analysis found that 50% of articles written during the 2009–2010 holiday season perpetuated the myth.

CDC’s National Center for Health Statistics reports that the suicide rate is, in fact, the lowest in December. The rate peaks in the spring and the fall. This pattern has not changed in recent years. The holiday suicide myth supports misinformation about suicide that might ultimately hamper prevention efforts.

Suicide remains a major public health problem, one that occurs throughout the year. It is the 10th leading cause of death for all Americans. Each year, more than 36,000 people take their own lives. In addition, more than 374,000 are treated in emergency departments for self-inflicted injuries.

So why the spike on New Year’s? Researchers suggest “the broken promise effect” may explain it—along with the increases after Easter and weekends. “Many of us are familiar with the feeling after holidays: ‘Was that it? I expected more fun, more relaxation, and tomorrow I have to go back to everyday life!’” according to clinical psychologist Martin Plöderl. “For depressed people, the broken promise of Christmas and the blank year lying ahead may increase hopelessness and thus suicide risk.” The greater alcohol consumption that takes place on New Year’s Eve and Day may also play a role in lowering inhibitions, and “some people may postpone their planned suicide so that their families and friends can enjoy Christmas,” he explains.