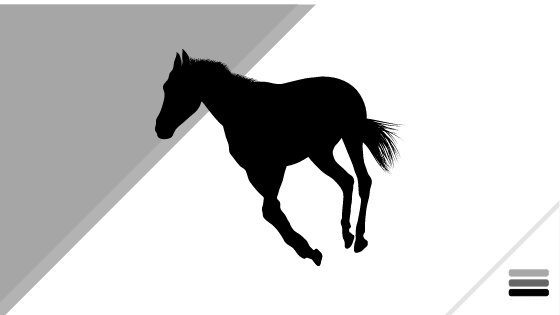 Dave Barbush, CEO of Once A Soldier, was the guest speaker at “A Night Under The Stars” fundraising event.

Hosted by The HorsePlay Therapy Center to raise funds for a new equine therapy service for Veterans with PTSD, the event was Thursday, December 3, 2020 at 6:30PM.

Once A Soldier is a nonprofit that helps Veteran families after a suicide. Our Veterans kill themselves at an alarming rate of 16 times every day. The new therapy launched at this event aims to stop Veteran suicide. General Boykin will be the Special Speaker. 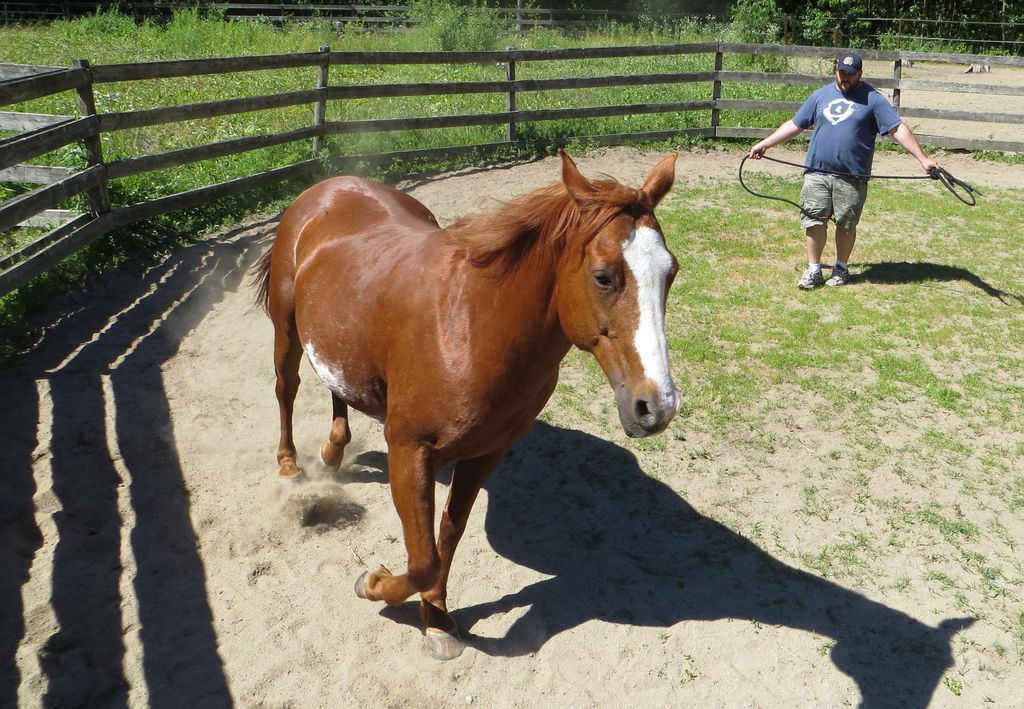 Special Speaker Lt. General William G. “Jerry” Boykin, U.S. Army (Retired) will follow Mr. Barbush. General Boykin is the former commander of Delta Force and the Green Berets. Under President George W. Bush, he was the Undersecretary of Defense for Intelligence and the Executive Vice President of the Family Research Council.

HorsePlay Therapy specializes in serving children with special needs by providing physical, occupational, and speech therapy for children on horseback. With Mr. Barbush and HorsePlay’s Vicky Carrgal working together, the future of St. Augustine and north Florida veterans is looking brighter for them and their families.

The event was held at the Tringali Barn at 7319 US 1 N in St. Augustine. For more information on “A Night Under the Stars” and HorsePlay Therapy, please visit www.horseplaytherapy.org.

By 1980 he was the Delta Force operations officer on the April 24–25 Iranian hostage rescue attempt. Boykin called it “the greatest disappointment of my professional career because we didn’t bring home 53 Americans.”[7] Despite this, his “faith was strengthened” believing he had witnessed “a miracle”: “Not one man who stood with us in the desert and pleaded for God to go with us was killed or even injured that night.”[5]

In 1983 Major Boykin was in charge of a ‘special’ security detail consisting of OC Delta 9 and one OC CIA SA officer in South Korea to gain intelligence on the troop buildup by North Korea on the DMZ and as additional security for President Reagan’s visit.[citation needed]

In October 1983, Boykin took part in Operation Urgent Fury, the invasion of the Caribbean island of Grenada. He was wounded by anti-aircraft fire during the Delta helicopter assault on Richmond Hill prison.[8] In 1989, Boykin took part in Panama as part of the mission to apprehend Manuel Noriega.[5] and participated in Operation Acid Gambit. From 1990 to 1991 Boykin attended the Army War College. In 1992 and early 1993, as a colonel, Boykin was in Colombia leading a mission to hunt for drug lord Pablo Escobar. Seymour Hersh later claimed in The New Yorker that there were suspicions within the Pentagon that Boykin’s team was going to take part in the assassination of Pablo Escobar, and that US Embassy officials in Colombia were acting as support. Hersh refers to Mark Bowden’s book Killing Pablo which made allegations that the Pentagon believed Boykin intended to break the law and exceed his authority in the operation. Mark Bowden states that “within the special ops community… Pablo’s death was regarded as a successful mission for Delta, and legend has it that its operators were in on the kill.” Hersh quotes an anonymous retired army general as saying, “That’s what those guys did. I’ve seen pictures of Escobar’s body that you don’t get from a long-range telescope lens. They were taken by guys on the assault team.”[9]

In April 1993, he helped advise Attorney General Janet Reno regarding the stand-off at Waco, Texas, between the Federal Government and the Branch Davidians.

What is equine-assisted therapy?
Equine assisted therapy, or EAT, is a behavioral therapy that incorporates the riding, caring and management of a horse as a central component of the session.
What are the benefits of equine or horse therapy?
The magic of equine therapy, and one of the main benefits, is that the patient is almost unaware of the therapy that’s being applied to them. They are so involved with their relationship and handling of the horse that there’s no why attached to the what am I doing?
I WANT TO HELP
I NEED HELP 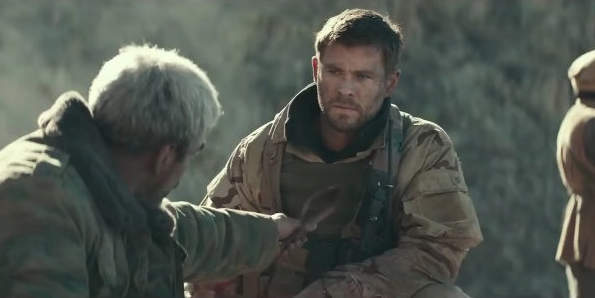 The press release package call this a different kind of special forces movie. And by looking the new trailer for the Jerry Bruckheimer film “12 Strong” released Monday. The film,  it focuses on Army Green Berets, the Northern Alliance forces, horses and Navy SEALS.

The movie tells the story of a U.S. Special Forces team led by Capt. Mitch Nelson (Hemsworth), as they navigate the brutal and barren mountains of Afghanistan just days and months after 9/11. That’s September 11, 2001 just to give you a more complete time frame.  After linking up with a Northern Alliance general, the Americans and Afghans join forces to fight a common enemy: the Taliban and the al-Qaida affiliates they give safe haven. The American soldiers must adopt the tactics of their allies, riding horses across the uneasy terrain, in order to retake a key Afghan city. The horses, they say, make this a different kind of soldier movie, and they do, sort of. Having not seen it, we are not going to make any judgements, but as one who cares about the family of veterans, any movie that deals with soldiers can’t be all bad.

The film is based off the Doug Stanton book “Horse Soldiers,” and also stars Michael Peña and Rob Riggle. It is scheduled for release on Jan. 19. Catch the trailer here: https://www.cinemablend.com/news/1715380/how-12-strong-differs-from-most-special-forces-movies-according-to-chris-hemsworth

“We’ve seen a lot of Navy SEAL movies, which are very smash-and-grab approaches, which is what they do best, better than anyone,” actor Chris Hemsworth said in an interview with Cinema Blend. “With Special Forces guys, they embed themselves in a community over a course of months or years, and it’s a diplomatic duty and relationship building within these communities to achieve their outcome.”

“When you think of Special Forces war movies, you likely think of the fantastic assaults conducted by units like the Navy SEALs or Delta Force. However, other Special Forces units perform unique duties that sometimes go overlooked by Hollywood. In fact, Chris Hemsworth opened up to CinemaBlend and other media outlets during a 12 Strong set visit earlier this year and explained that the job of Green Berets is fundamentally different from other Special Forces outfits, and this will show how they build relationships with locals in addition to engaging in all of the action that we would expect.

Hemsworth explained: For me, we’ve seen a lot of Navy SEAL movies, which are very smash-and-grab approaches, which is what they do best, better than anyone. With Special Forces guys, they embed themselves in a community over a course of months or years, and it’s a diplomatic duty and relationship building within these communities to achieve their outcome. They can do the direct attack, obviously, and we do in this movie, but the bigger challenge and the talent of what these guys achieved was the relationship they formed with Dostum, the warlord that were fighting with, and getting him to trust them and leveraging centuries-old blood feuds between these tribes and convince them to understand we’re all fighting the same enemy. We weren’t there to conquer the place or take over. We were there to fight a common enemy…otherwise the country was at risk at becoming a major terrorist training camp. They did it in 3 or 4 weeks. It was one of the most successful missions in history, because it was 12 guys across 3 to 4 weeks, embedded with the locals, and achieved what they set out to do, which taking back the city of Mazar-i-Sharif.

Okay, that’s a good educational aspect to what makes the Green Berets different, and this blogger is now aware of their story, where previously I was not. So that’s cool. And it never ceases to amaze me how much these soldiers care and are ready to die for America. I’m not there, like most people, and I’m glad they are. But if there is a bigger ax to grind, it’s the constant milking of the soldier and patriot cow that doesn’t seem to go away these days. If you know anything about Once a Soldier, it should be that we are past all the real and fake patriotism behind decisions to green-light these films. The bigger issues is that we never get to see what happens after the soldiers go home. Some movies deal with, and they can’t all deal with it, but it doesn’t help.

Once a Soldier is here to ease or erase the financial burden that hits the veterans families after a soldier suicide. We are a new kind of nonprofit that has no overhead and one hundred percent of the proceeds pass through the families. We support ourselves with our sponsors and the families with your donations, our sponsors, and the e-commerce from the store. Thanks for reading and for your support.