Most Common Misconception of Psychedelic Therapy

Albert Garcia-Romeu, Ph.D. is an Assistant Professor of Psychiatry and Behavioral Sciences at the Johns Hopkins University School of Medicine. His research examines the effects of psychedelics in humans, with a focus on psilocybin as an aid in the treatment of addiction.

Once A Soldier offers grants to partially pay for treatment for a Veteran with PTSD.

In this interview with Psychedelic Finance, Dr. Garcia-Romeu addresses a key point that we feel needs to be heard more. 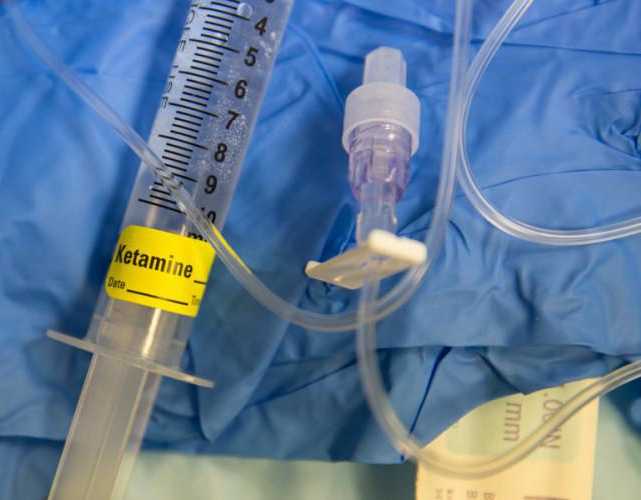 What do you believe is the most common misconception about psychedelics?

To me, one of the most common and problematic misconceptions about psychedelics is that they are some sort of silver bullet that will solve people’s problems outright. A lot of the narratives I’ve seen proliferated through media and pop culture make it seem as though people come in for a drug session one day and simply walk out healed, transformed, freed from a lifetime of ego entanglements and interpersonal dynamics, and unfortunately this is not the case.

(Note from the Editor: We understand Dr. Garcia-Romeu’s point of view, but we would push back on two points. One is that we’ve talked to Veterans who underwent ketamine infusion therapy with fast-acting and long-lasting results. Second, in a clinical setting, their subjects were not PTSD riddled Veterans. Perhaps this type of treatment is a bullseye to shoot at combat PTSD?)
‍
I think it really speaks to a natural human desire to have our troubles whisked away without anything required on our part, like finding a winning lottery ticket, or perhaps in more religious terms to ‘be saved’. While this can be nice in theory, it sidesteps the reality of the situation which is that change can be difficult, and even if we ourselves put in the work to change that does not mean the circumstances or people around us will follow suit. As a result, people may have truly profound, eye-opening psychedelic experiences that in the end don’t amount to much in terms of real-world changes. They can leave with a vision of a better life, an image of a more actualized self, but if they don’t put that into practice it goes nowhere, just like if I spent lots of time reading about how to get in great shape but never bothered working out.
‍
Sometimes people can go to great lengths to make personal changes but then go back to an environment or relationships that over time wear them back down into the status quo. I think of people checking into inpatient detox and rehabilitation clinics for drug use. They leave where they come from, the relationships where they developed these addictive or other unhealthy tendencies, and with some work they can make wonderful strides toward healing and recovery. But send them back to where they came from and oftentimes they settle right back into old patterns and that work can be undone. I’ve seen similar things even after powerful psychedelic experiences. Conversely, I’ve seen some people have puzzling, quizzical experiences that don’t seem particularly insightful or meaningful, that don’t fit our nice, neat rubrics of mystical experience or emotional breakthrough, and yet over time get a lot of mileage and positive impact from those experiences even though they walk out thinking, “that wasn’t at all spectacular.”
‍
So, I suppose this comes back to the idea that we don’t really know how people change and what role psychedelics can play in that process, but of course, the data are very promising and we will continue to study and try to learn more. On a larger scale, in terms of social issues, I would also say that we need to move away from this type of magical thinking that something like science or psychedelics will come along and save us, which is exemplified in popular media articles with titles like, ‘Can Psychedelics Save the World?’. If anything or anyone is going to save the world in these dire times, it will have to be us, regular people who come together to work towards a sustainable future. Psychedelics can be tools to move us in that direction, but we’ll be the ones who will actually have to roll up our sleeves, get our hands dirty, and start making large-scale changes with regards to geopolitics, economics, environmentalism, and so forth. Mushrooms and DMT and the like are not going to do these things for us.
‍
There’s an old Zen saying, “Before enlightenment; chop wood, carry water. After enlightenment; chop wood, carry water.” I think this points to the paradox that even after the most transcendent, earth-shattering experience imaginable, we still come back to ourselves and our lives and all the various tasks that entails. Everything has changed, but nothing has changed, and so we must go on with the work of doing our best, being our best selves, and sometimes these psychedelic experiences can be a little lighthouse to help keep us going on the right path.

Other Psychelics That Help With PTSD

Psychedelic – relating to or denoting drugs that produce hallucinations and apparent expansion of consciousness. Psychedelics were originally called ‘Psychotomimetics’ by the scientific community (mimicking the effect of a psychotic state). In 1956, Humphry Osmond coined the term Psychedelic (‘Mind Manifesting’ in Greek) in a letter to writer Aldous Huxley.

Entheogen – a psychoactive substance that induces alterations in perception, mood, consciousness, cognition, or behaviofor the purposes of engendering spiritual development in sacred contexts.

DMT (N,N-Dimethyltryptamine) – a chemical substance that occurs in many plants and animals and which is both a derivative and a structural analog of tryptamine.[3] It can be consumed as a psychedelic drug and has historically been prepared by various cultures for ritual purposes as an entheogen. DMT has a rapid onset, intense effects, and a relatively short duration of action.

← What Is Ketamine? VA Pension Available for Low-Income Veterans and Survivors →