Why Did Republicans Vote YES Then NO To Aid Veteran Burn Pit Victims?

US Veteran burn pit victims suffered another scar yesterday when Republicans flip-flopped their vote to deny medical support from exposure to the toxic fires. Twenty-four Republicans and one Democratic voted against the now ironically-title Sgt. 1st Class Heath Robinson Honoring Our PACT (Promise to Address Comprehensive Toxics) Act the second time around.

Despite the messages from those who voted no, here’s what changed from vote 1 to vote 2:

So why did they do it?

Short answer: It appears to be payback for Biden’s passage of the the $369 million climate and energy package. Joe Manchin III, Democrat of West Virginia, who also flip-flopping on this vote before he made a sweat heart deal for his home state. Back – to back wins was maybe too much for McConnell to bear this close to a mid-term election?

“The PACT Act as written includes a budget gimmick that would allow $400 billion of current law spending to be moved from the discretionary to the mandatory spending category. This provision is completely unnecessary to achieve the PACT Act’s stated goal of expanding health care and other benefits for veterans,” said Pat Toomey from PA.

But there’s two problems with that statement:

And if by omission he’s inferring that that was what was change – discretionary to mandatory category – it did not change. The only text changed form 1-2 is noted above. Visit here to see the full texts of both. Sounds to me like I’d rather have it as mandatory and so would the Veterans and their families. Spend it all!

And how you “sneak in” $400 billion dollars is also hard to imagine.

Denis McDonough, secretary of Veterans Affairs, followed Toomey on “State of the Union”, explaining that the $400 billion fund Republicans object to is included in the bill to ensure that “all the spending for this program is for the veterans exposed to these toxins.”

With easier access to the care our Veterans need, this bill would have broaden the understanding of the medical issues associated with the burn pits, therefore alleviating the suffering for millions still untreated. Those Veterans are angry as to them it seems the party that supposedly cares more for them could not care less.

The PACT Act was initially passed by the Senate – including 83 Republican Senators – before having to back to the House to fix a technical mistake. The actual mistake could be as simple as a comma or a number. In any event, it voted on again Thursday and 61 Republicans flipped their votes. Watching the videos from the floor of the Senate shows Republicans shaking hands and fist-bumping each other after the vote. It would appear that this cruel disgrace to our Veterans was more about the upcoming midterms in one month than helping Veterans and their families.

For Vietnam veterans, they’ve seen this before with the governments denial of toxic fall-out from Agent Orange. From our position, this is just one more factor as to why we’re losing the war on Veteran suicide. If the VA doesn’t care about them, it only adds to the emotional and medical locals they’re forced to carry. We can do better.

But that was yesterday. Today, the nonprofit group Burn Pits 360 is staging a sit-in at the Capital and demanding answers.

“We got punched in the gut, right by those 25 senators that flipped their vote from yesterday,” Burn Pits 360 Executive Director and co-founder Rosie Torres told The Hill late Thursday.

Torres said the veterans rights group was spending the night on the steps of the U.S. Capitol “as a message to those senators, those 25 senators and asking them to right the wrong.”

“They shouldn’t be here, and to know that we’re in that America where they’ve turned their backs on veterans and their families are sick and dying. It’s disgusting. But if this is what we have to do to get the bill passed, and at all costs, all measures, we’re going to get it done,” she said.

The group later tweeted it would remain outside the Capitol until the next cloture vote on the bill, which is expected Monday.

A burn pit is an area devoted to open-air combustion of trash. The use of burn pits was a common waste disposal practice
at military sites outside the United States, such as in Iraq and Afghanistan. Smoke from these pits contained substances that may have short- and long-term health effects, especially for those who were exposed for long periods or those more prone to illness such as individuals with pre-existing asthma or other lung or heart conditions. 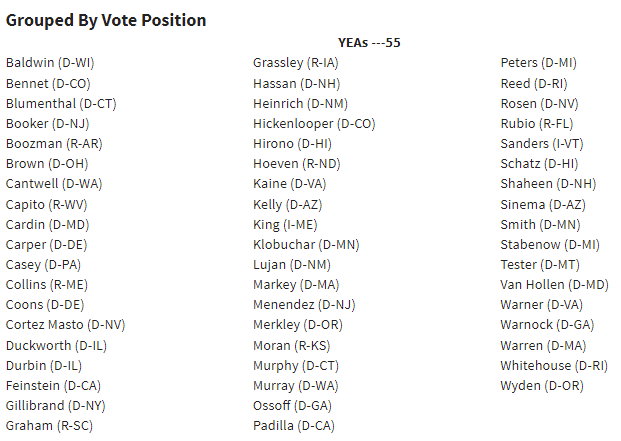 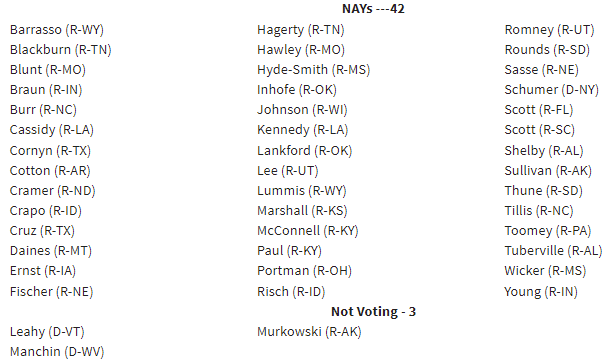