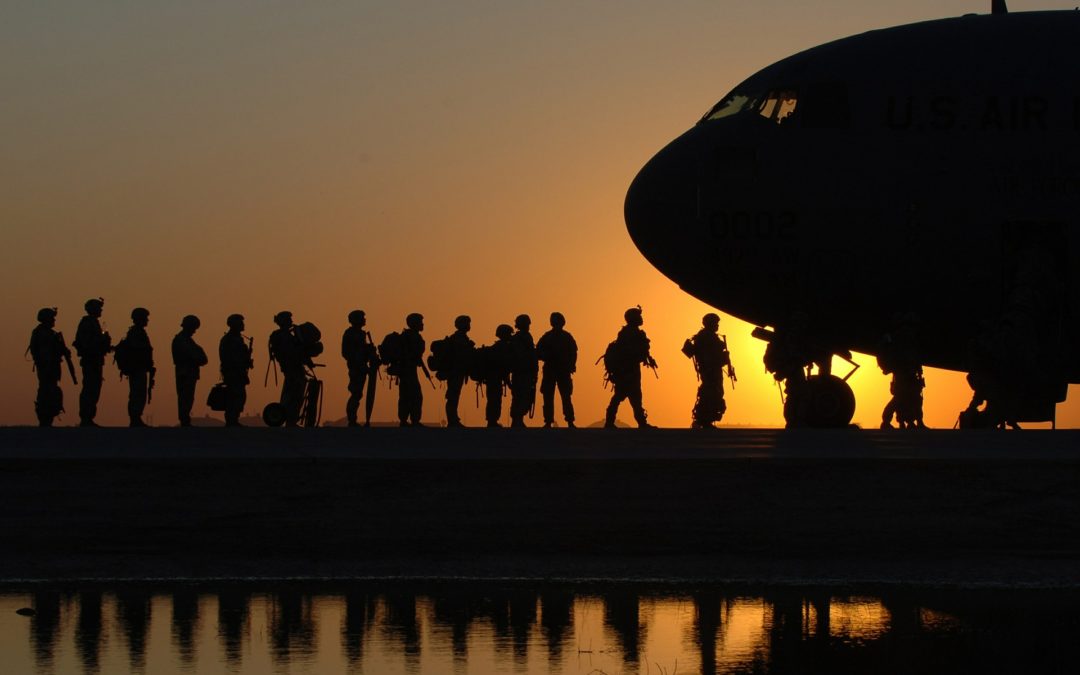 Soldier Suicide in the News

Once a Soldier compiles recent news stories about soldier suicide in an effort to keep you posted and keep ourselves as current as possible. This post will offer links and excerpts from the most current reports. Here is your digest of soldier suicide news stories making the press.

Heads up: I have not listened to the podcast, so there may be some inappropriate language.

Something different: a podcast from Veterans Nation. Listen as Army Ranger Johns Hopkins and UNC grad Nick Black joins the Veterans Nation to talk about Stopping Soldier Suicide, embracing failure, and awesome fatherly wisdom. Hosts Tori and Matt Eversmann (1SG, US Army, retired) discuss using the art of disruption to beat the Veterans Predicament. They are dedicated to introducing disruptors from all around the world to anyone stuck in transition hell, otherwise known as The Veterans Predicament.

The La Crosse YMCA hosted its annual Walk with Warriors run on Saturday to encourage veterans and community members to come together.

The event not only brings awareness to an alarming statistic, but event organizers said it encourages struggling veterans to talk to someone.

New federal data shows no improvement in the number of active service members, Guard or Reserve members and veterans who died by suicide in 2015. It found an average 20.6 died by suicide each day that year. Most of those, about two-thirds, used a firearm. The new study reported that the numbers did not change between 2014 and 2015.

The number of civilian suicides is greater, at 97 per day, but veterans’ rate is disproportionately high considering they only make up 7 percent of the U.S. population, according to Pew Research Center.

Advocates and health providers in the Lowcountry say the news is frustrating, but improvements are on the way.

LYMAN — Patrick Maloney was the type of guy who could make you laugh, his mother said.

“To date, he was the funniest person I’d ever met,” said Lauri Maloney. “He was not afraid to make himself look like an idiot (for a laugh).” 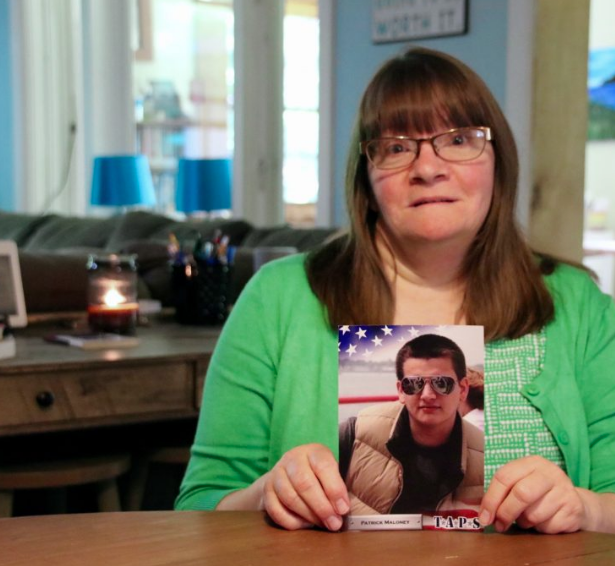 The laughter went silent on Dec. 1, 2013 when Patrick, 32, and a U.S. Navy veteran, took his life. It has been a difficult five years for his family.

“I have functioned, but this is the first year I’ve had more joy than not,” Lauri said from the kitchen of the Lyman home she shares with her husband, Jeff Ladebush, earlier this week.

At the time of his discharge and the years that followed, Patrick was troubled at times, but Maloney said she saw no signs that would lead her to think he was contemplating suicide.

Disclaimer: Once a Solider has previously reported all the cited research reports contain within this article, namely the landmark VA report of 2017.

Our veterans are dying in increasing numbers—at their own hands. I was moved to explore this topic thanks to Nicole Fisher of The Federalist’s recent article. She quoted a Department of Veteran Affairs study published in September 2017:More than 20 veterans commit suicide each day, a number, on average, 22 times greater than the civilian population. In fact, veterans’ suicides account for 18-20 percent of suicide deaths in the country, while they make up only about 8.5 percent of the adult population.

Memorial Day is a day to remember those who gave the greatest sacrifice while serving their country, but for one local veteran it’s also a day to bring awareness to the veteran suicide rate. “My biggest message is just for veterans to put their ego aside and go get help if they need help,” said Army Veteran Kyle Ingle.

It’s a message close to his heart after losing a best friend. Ingle walked 22 miles on Monday for his brother in arms, Adam Campbell, who took his own life exactly two years ago. “I met Adam, I mean I don’t know what grade it was,” said Ingle. “We’ve been together forever pretty much.” From classes to combat, the pair did it all growing up. They even had matching tattoos.  “We both enlisted together while we were still in high school, then shipped off together,” said Ingle.

Ending veteran suicide is the top priority for those at the Marion VA Healthcare System that serves the region, it was reported in a recent town hall meeting in Effingham for local military veterans.

A variety of program directors associated with the Marion Veterans Affairs Healthcare System gathered with local military veterans to share information and answer their questions about their care.

Program directors in several areas within the healthcare system drew an estimated 175 veterans at the Effingham Veterans of Foreign Wars Post 1769, which is an increase from 10 at last year’s meeting, said Jo-Ann Ginsberg, Marion Medical Center director with the U.S. Department of Veterans Affairs.

In the early days of the Iraq War, troops were riding around in Humvees with almost no armor on them. There was a scandal about it, and within a few years the trucks got up-armored with thick steel plates, which solved one problem but created another.

“Some genius thought about up-armoring. Good! But they didn’t do anything with the brake systems,” says George Wilmot, who was riding an armored Humvee in 2009, leaving a hilltop base in Mosul.

“We took some small arms fire … my driver took us off a cliff,” says Wilmot.

(Reuters Health) – When soldiers have their first deployment within their first year of service, they may be twice as likely to attempt suicide during or after their second deployment, a U.S. study suggests.

Researchers focused on 593 U.S. Army soldiers who had experienced two deployments within two years of continuous military service and had attempted suicide.

While a quick deployment linked to a larger increase in the risk of attempted suicide, the study also found that a gap of six months or less between deployments was associated with a 60 percent higher risk.

According to Veterans Administration research, approximately 20 veterans commit suicide every day. Providing support to veterans at risk has been one challenge—one addressed earlier this year when President Donald J. Trump signed an executive order expanding mental-health services for veterans. Connecting veterans to those services can be another challenge, though, which the veterans service group AMVETS is trying to address through a new program.

After 3 suicide attempts, Marine veteran turns life around and graduates from veterans court

It was the darkest time in Brian Reidinger’s life. “Two overdoses and a car accident that I tried,” Reidinger said. “The overdoses didn’t work. I don’t know how. They should have … big time. And then on I-65, I drove into a median.” But those times were a stark difference from just years earlier when he proudly served in the United States Marine Corps. “I fell in love,” Reidinger said. “I was good at it. I succeeded in it.”

CRESCENT — Hours before dawn on a March morning in 2015, Josh Holley woke to his worried mother knocking on his bedroom door.

Your brother’s downstairs in the bathroom, she told him. He’s sick, and he’s yelling.

When Josh found his younger brother, Jeffrey, a U.S. Army veteran who was discharged for medical reasons four months earlier, Jeffrey told him not to worry, he only had a stomach ache. Josh asked if he needed anything. Jeffrey said he didn’t, so Josh turned to walk back upstairs. But before he could leave, Jeffrey said something that caught Josh by surprise.

In Nevada, another non-profit is using the 22 soldier suicide data point as inspiration for their name. Their mission is a little off that center, but from the Las Vegan Sun, here’s the link. 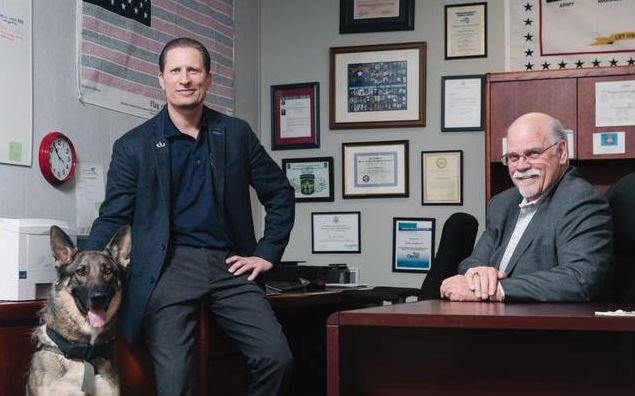 A synopsis is the story is that they’re new and they are looking to serve veterans, first responders and their family members in an effort to curb soldier suicide. As you know, of the 22 a day, approximately 14 are veterans over the age of 50.

What are its initiatives or goals? The current goal is to provide as much assistance, guidance and referral services as possible to those in crisis or on the verge of crisis. This can be through our service dog grants, emergency financial assistance, Veterans Affairs education, Adopt a Veteran’s Smile (AAVS) dental program, Brain Health Warriors neuro-feedback treatment, assistance with Veterans Affairs claims, and any other way we can help.

Second is from down under in Australia, where the Northern Daily Reader reports on a run to raise awareness of soldier suicide. The Tamworth Young Veterans are stepping it up with a 50-kilometer run. While it’s heartening to hear of the young crowd getting involved, it’s a bit sad that it’s an issue in other parts of the world. We wish them the best because we can’t run 50-kilometers. That’s approximately 20 miles. 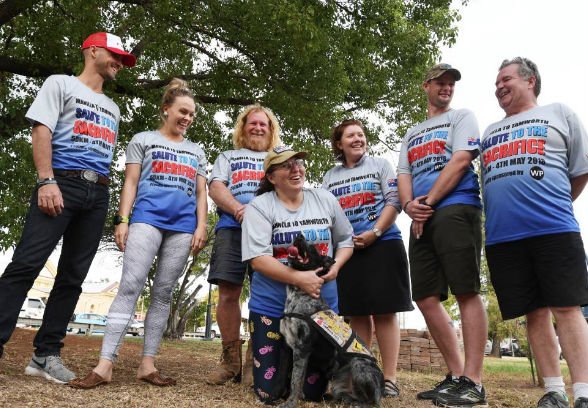 Here’s what the event organizer Rebecca Linich said: “We want to build community awareness of the facts and statistics regarding veteran suicide, the impact of Post Traumatic Stress as they transition to civilian life and most importantly the loss of lives on military deployment,” Tamworth Young Veterans president Rebecca Linich said.

You can find that link here.

Finally, a news story from a Scranton, Pennsylvania TV station, WBRE/WYOU-TV,  reports that one group is urging that the next head of the VA make soldier suicide prevention a priority. Bill Fisher of Vote Vets is working to get the next appointee of the VA to work for more money and more people.  The big takeaway from this story is that veterans who are not connected to the VA have a suicide rate 40% higher than that of their VA-connected peers. While the VA may have many drawbacks and issues, it does make a difference for many.

General Dunford made the most interesting comment when he said that if he know as much about a veteran while they were alive as we knew about them after they died, we could help a lot more. Yes, we can. You can see their report here.

Once a Soldier is here to ease or erase the financial burden to families after a soldier suicide. Visit onceasoldier.org/donate to help.