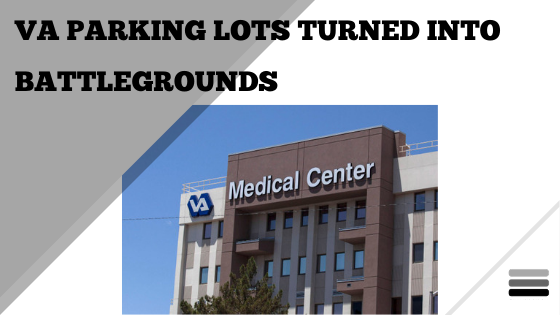 VA patients are taking their lives at VA parking lots in increasing numbers. This final protest is a call for help as well as a way out of the pain of PTSD or just bad treatment. Over the past two years these cases include:

• An unidentified 76-year-old Navy veteran who killed himself in August 2016 in the parking lot of the Northport Veterans Affairs Medical Center on Long Island, New York, where he had been a patient.

• Peter A. Kaisen, of Islip, Long Island, a former police officer, died after he shot himself at the Long Island VA center. The veteran had reportedly been frustrated that he was unable to see an emergency-room physician for reasons related to his mental health.

• In November 2016, the body of John Toombs, a former Army sergeant and Afghanistan veteran, was discovered in a vacant building on the campus of the Alvin C. York VA Medical Center in Murfreesboro, Tennessee. Toombs, who hanged himself, left behind a video in which he stated, “Earlier today, I was discharged for trivial reasons. They knew the extent of my problems. When I asked for help, they opened up a Pandora’s box inside of me and kicked me out the door.”

• In February 2017, the body of 63-year-old Navy veteran Paul Shuping was found in the parking garage of the Durham Veterans Affairs Medical Center in North Carolina, six days after he took his own life. Police announced that Shuping had used a .22-caliber rifle to kill himself inside a parked car.

• In March 2017, Hank Brandon Lee, 35, a former U.S. Marine lance corporal who served tours in Iraq and Afghanistan, fatally overdosed on fentanyl while under lockdown at the Department of Veterans Affairs psychiatric facility in Brockton, Massachusetts.

Fitting the pattern, but not happening on site, in June 2018, an Air Force veteran upset with the VA set himself on fire outside the Georgia state capitol in Atlanta. He died soon afterward. “He was strapped with some homemade incendiary devices, some firecrackers and doused himself with some kind of flammable liquid and attempted to set himself on fire,” an Atlanta fire department captain told reporters.