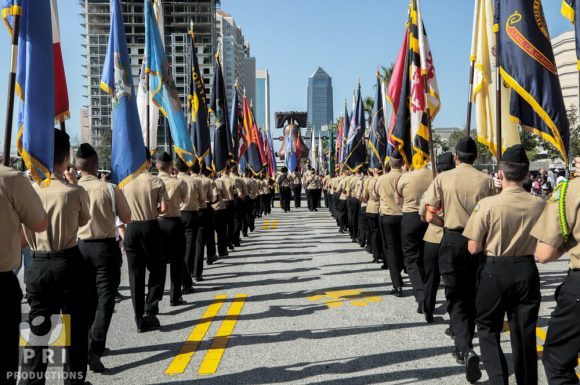 VA Secretary David Shulkin ushered in a new era for Veteran Suicide awareness and prevention in the Oval Office for the President’s signing of a proclamation establishing November as Veterans and Military Families Month. This is the first time that America will celebrate Veterans and Military Families for the entire month and not just on Veterans Day. A big part of that is Veteran Suicide Prevention Week that is now, as of Friday, coming to a close. Hope it helped and will help in the future.

“Our Veterans and Military Families are an important part of our lives throughout the year, and by focusing for the first time nationally on a whole month of activities nationwide for Veterans and Military Families Month, we can more fully celebrate and recognize their contributions to the nation,” said Secretary Shulkin. There was nothing in the press release about Veteran Suicide, but there is more that comes with this new initiative. We sincerely hope that it helps, but until there is better treatment for PTSD, like no more soldiers in combat, veteran suicide is here to stay until that day.

In this space, we have outlined ways to prevent suicide that carry over to veteran suicide. It is a very practical guide culled from some of the best sources on the web.

The actual headline of the VA’s press release carried my headline here that reads: “Preventing Veterans Suicide is Everyone’s Business” and today, November 17th, that initiative kicks off Veteran Suicide Prevention Week. All I could find of it was this PDF published by the VA.

By way of recap, the main takeaway is that SUICIDE IS PREVENTABLE. I don’t have the expertise or data to poke holes in the Pollyanna-ish edict, but we’re foolish not to try. I do know that if a person has tried and failed at a suicide attempt, that it won’t be their last. So looking at this in the best light, if someone has tried it, the full press must be on using all the help you can glean from this PDF.

Last big takeaway is this, lifted directly from the PDF and especially relevant today:

Know how to safely store firearms in your home. Most Veterans who die by suicide use firearms. For someone in crisis, a locked firearm can mean the difference between a life saved and a tragic outcome. Though many Veterans are well-versed in gun safety, all Veterans and their families should understand how to properly handle and store firearms in the home. There has been a rise in firearm suicides among female Veterans, in particular. The risk of unintentional firearm deaths among youth drops by 80 percent when guns are stored
separately from ammunition in a lock box (Journal of the American Medical Association, 2005).

VA Suicide Prevention Coordinators, especially now that there’s a Veteran Suicide Prevention Week,  distribute free gun locks in their communities — talk to people in your community and consider offering free gun locks from various agencies. Veterans also tend to inflict self-harm by overdosing on medication. Find out whether local
hospitals and pharmacies provide free pill boxes to limit the amount of medication a Veteran has access to during an emotional or difficult time. Encourage health care providers to limit the amount of pills in any single prescription, especially if there is a significant risk of overdose.

People who have recently been in an inpatient psychiatric unit or at an emergency room for mental health or substance misuse are at increased risk for suicide for 90 days following their discharge. Consider working with pharmacists in your community to add a crisis line phone number to pill containers and prescription paperwork.