Focus Now Sharpens on the Families

For years, National Veteran Suicide Prevention reports have cited that 20+ veterans commit suicide each day, spurring widely known social media campaigns to raise awareness on the devastating statistic. In 2019’s Annual Report, released on September 19th, the Department of Veterans Affairs excludes active duty service members in the count. Reporting by the VA now only includes those defined as a veteran under Title 38; a person who served in the active military, naval, or air service, and who was discharged or released therefrom under conditions other than dishonorable. 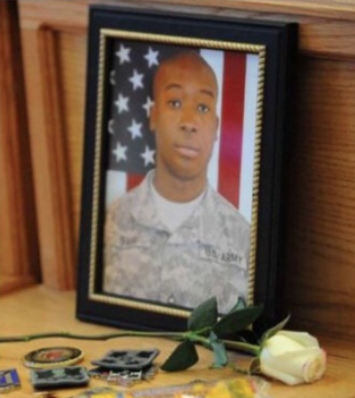 The numbers for veterans are still disparaging, showing that suicides continue to rise amongst those who fought for our freedom. According to their data, 6,139 Veterans died by suicide in 2017, increasing X% from 5,787 in 2005. This also brings the average of suicides of veterans, no longer including active service members, from 15.9 each day in 2005 to 16.8 each day in 2017. The most staggering figure is that 60,000 veterans have taken their own lives in the last decade, with each death estimated to affect 135 surviving individuals. That’s over 8 million lives affected by veteran suicide in the last 10 years.

Others note that the data released specific to active-duty troops, while making up a lesser percentage of the overall suicide rate, is also alarming considering the suicide rate for troops jumped 13% in 2018. The overall number rose 34% percent between 2013 and 2018, citing what the VA calls a “national public health concern that affects people everywhere.”  While the daily total of suicides between veterans and active-duty troops remains around 20 per day, the rates climb year over year. One thing is clear, Veterans continue to be at an increased risk to suicide compared to the total U.S. Population.

Now that separate reporting is released, we have a more complete picture of where suicide takes place during the journey from civilian, to active duty, to veteran. Having a more clear picture will hopefully drive researchers and decision makers to better mental health practices and intervention for the men and women in this country who continue to fight even after leaving the war zones. We know these numbers are dismal, but at Once a Soldier, our work starts once all hope appears to be lost. You can take part in this important work by contributing to our support programs for families who’ve been left behind.

Soldier suicide leaves Veteran families with thousands of dollars of bills unpaid, mostly bank loans. The emotional toll is incalculable.  We are the only nonprofit standing with the families after a veteran suicide. Stand with us.